What is Bar Graph 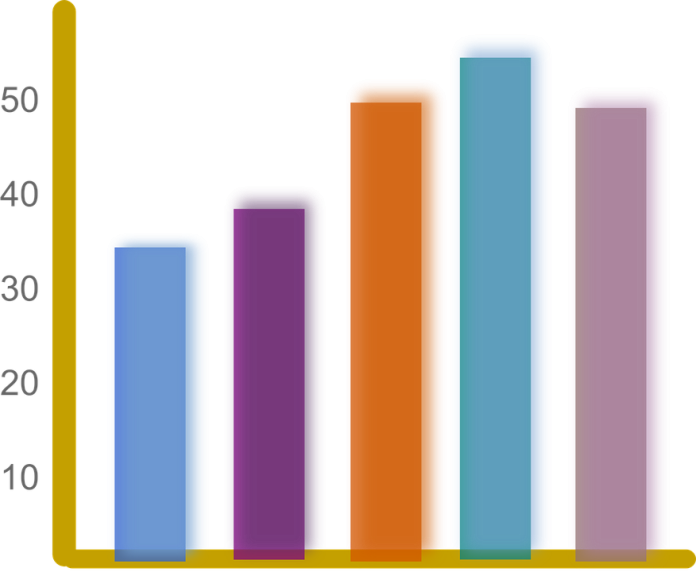 A particular method by which data is represented by using rectangular bars where we see that the length of every bar is proportional to the value that is given. A bar graph is considered to be a graphical representation of data where bars of different heights are used. A bar graph, in real life, is used for business purposes.
A graph that represents complete data by using rectangular bars is known as a bar graph. The heights of the rectangular bars represent the values that they are proportional to. The bars can be drawn both horizontally and vertically. A bar graph is also known as a bar chart which is a pictorial representation of grouped data. In this way, data handling is performed. Bar graphs are useful. They help in giving a visual representation to compare the quantities in the different categories. While drawing a bar graph, has two lines that join each other at one of the ends. The lines are known as the x-axis and y-axis. Along with that, it also involves labels, titles, and scale ranges.

Types of a Bar Graph

A bar graph is mainly classified into two types- a vertical graph and a horizontal graph.

In a vertical bar graph or chart, the given data is represented vertically with the help of rectangular bars that display the measure of the data. The rectangular bars are drawn on the x-axis vertically, whereas the y-axis displays the value of the height of the bars.

If the given data is represented horizontally with the help of rectangular bars that show the measure of the data, then those graphs are known as horizontal bar graphs or charts. The bars are to be drawn horizontally on the y-axis and the x-axis represents the value of the heights of the bars.

Properties of a Bar Graph

Like every other type of graph, a bar graph has some unique characteristics or properties which make it different from the rest::

●     Every rectangular bar must be of equal width and must have equal space to the other bar.

●     The rectangular bars can be drawn both horizontally and vertically.

●     The height of every rectangular bar represents the assigned data.

●     All the rectangular bars must lie on a common base.

Uses of a Bar Graph

Given below are some uses of a bar graph:

●     The comparisons made between the variable are easy as well as convenient.

●     The bar graph is very easily drawn and it does not demand much effort.

●     Since a bar graph is the most widely used method for data representation, it is used by various industries.

●     A bar graph is also used in studying the pattern over a long period.

To know more about such graphs, visit Cuemath.