What Are The Benefits Of Passionflower Supplements? 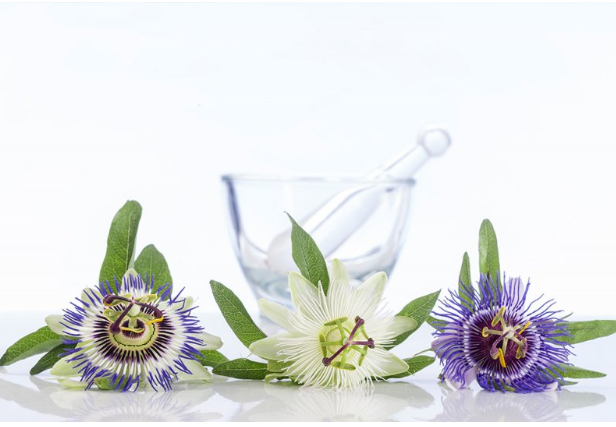 The passionflower is a tropical vine flower that can have blue or purple tentacle-like petals. Passiflora incarnata, a kind of passionflower, has therapeutic potential for treating stress, insomnia, and pain. This article will discuss the potential health benefits of taking passionflower pills like Pascoflair and how they may work.

What Is A Passionflower?

Rapidly spreading and often trailing, passionflowers are a perennial favourite. There are typically three lobes on the leaves, which can range in length from 2.5 to 6 inches. There are five white or purple petals around a white or purple corona on each bloom. Since passionflowers are self-sterile, they can’t pollinate themselves. Therefore, pollinating insects like bumblebees and carpenter bees are essential. Stamens and styles on passionflowers are often large because they feed the larvae of many different kinds of butterflies, including the Gulf fritillary and the zebra longwing. Many different kinds of wildlife enjoy the passionflower’s luscious berry-like fruit, which is about the size of an egg.

Passionflowers, both fresh and dried, play a significant role in traditional herbal medicine. Several gums and drinks use passionflower extract. Passionflowers are commonly used to relieve insomnia and nervousness. Several studies in animals have demonstrated that passionflower extract has anxiolytic properties. Benzoflavone has been speculated to be the active element in passionflower extract, although this has not been proven. Coughing that is caused on by substances like sulphur dioxide may also be alleviated by this component.

Pascoflair tablets have shown promise in treating insomnia, mental health issues, and anxiety (passion flower supplement). Some evidence from trials on animals and humans shows the supplement can be useful, however the supplement’s safety and efficacy have not been widely explored.

Combination Therapy for Menopause and Depression

Adding passion flower to St. John’s Wort increased its antidepressant effects, according to research published in the April 2011 issue of the journal “Fitoterapia.” After finding that combining St. John’s Wort with passion flower boosted its efficacy in animal studies, scientists speculated that doing so would allow them to use a lower St. John’s Wort dosage. Supplementing with passion flower seems to improve menopausal symptoms such depression, anger, sleeplessness, and headaches, according to a study published in the Iranian Journal of Nursing and Midwifery Research in the Fall of 2010. Participants were given capsules containing passion flower extract to take once daily for a period of six weeks. Major improvement in the patient’s condition was seen by the third week. The study’s authors concluded that women who are either unable to undergo hormone replacement therapy or who choose not to utilize it may find relief by taking Pascoflair pills instead.

In a study published in the June 2011 issue of “Phytotherapy Research,” researchers discovered that passion flower extract helped ease animal anxiety. In the labyrinth test, animals given 150 milligrams per kilogram of body weight spent much more time in the open, unprotected, and high parts. Additionally, the supplement did not have any stimulating or sedative effects on the body. Journal of Ethnopharmacology” study from March of 2010 found that passion flower extract reduced anxiety at low doses while producing anaesthetic effects at high levels.

An animal research suggested the passion flower might reduce blood pressure, as reported in the “Journal of Nutritional Biochemistry” in January 2013. Doses of 50 milligrams per kilogram of body weight of passion flower skin extract significantly reduced blood pressure. Edulilic acid, a component of passion flower, and anthocyanin antioxidant molecules were shown to be responsible for the effects. Systolic blood pressure, which measures pressure in the arteries during the heart’s contraction, was found to be decreased by more than 30 percent in laboratory animals when given passion flower fruit pulp, according to research published in the journal “Phytotherapy Research.” Passion flower extract reduced oxidized lipid levels and boosted levels of antioxidant enzymes. Human volunteers were given 8 milligrams orally, once day, for five days.

Helps You Get to Sleep

As reported in the August 2011 issue of “Phytotherapy Research,” passion flowers have been shown to improve sleep quality. Mild sleep disruption participants received one cup of passion flower tea nightly for seven nights while keeping a sleep diary and completing a questionnaire about their sleep quality. Members of the group were between the ages of 18 and 35. Compared to the control group, which was not given passion flower, those who were given the supplement had much better sleep.

Dry passionflower may be reconstituted into herbal tea by infusing it with hot water. Dried passionflower is widely available, as is prepared passionflower tea, in health food stores. There are also liquid extracts and Pascoflair pills in Canada.

Always check with your medical professional before trying out any alternative treatments, including passionflower. They can help you figure out which alternatives are best for your situation.