Things You Must Know To Become A Python Expert! 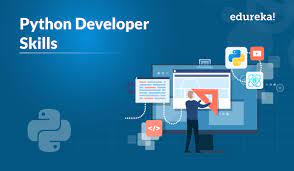 Understanding the fundamentals of Python typically takes between two to six months of dedicated study time. However, you can learn enough to write your first short program in a couple of minutes. It may take several months or even years to become proficient in the large selection of libraries that Python provides.

The amount of Python you need to know to accomplish your goal will affect how long it takes to learn Python.  Getting a job as a data analyst may take more time than learning enough Python to automate a particular task at your place of employment. Python proficiency can be influenced by a variety of additional factors, including but not limited to:

How to get started with Python?

There’s no need to be intimidated by the prospect of acquiring a technical skill like Python programming. Using these tips will aid your learning.

It’s like any other language; the more you practice, the better you get at it. Even if it’s just 15 minutes a day, set aside this time each day to learn Python coding. Quizzes, short video lectures, and coding practice activities are standard features of many online Python Training courses. It is easier to fit learning into your schedule if you use this scheduling method.

It’s also possible that it’ll help you learn faster. Retention and engagement can be improved by using microlearning, a technique that breaks down information into manageable portions.

Begin with the basics

To get the most out of Python, it’s essential to learn the same set of principles no matter how you want to use it in the future. By starting with the basics, you’ll be better prepared to take on more challenging projects. Take the time to understand the basics of Python before moving on to more advanced topics.

In Python, understanding how and why your lines of code work are more important than memorizing the syntax of those lines. A habit of closing parentheses and inserting a colon before indentations will develop with practice. Stack Overflow or Google can also help you figure out how to structure your code. However, you’ll have to grasp the underlying logic of what you’re trying to accomplish.

Once you’ve mastered the fundamentals, Python’s potential becomes apparent. Identifying your goal and allowing it to guide your learning path as you advance is crucial.

If you’re interested in starting a new job as a data analyst, you’ll undoubtedly want to learn Python techniques like data scraping and visualization. These are just two examples of the kinds of talents you’ll need. Skills like multi-process architecture and version control may be more relevant if you want to pursue a career in software development.

Your professional objectives will also determine the kinds of libraries and frameworks and the integrated development environment (IDE) you become proficient in.

Join a group of Python programmers

As a substitute for learning Python on your own, join a group of others doing the same thing. As a bonus, you’ll be able to meet other programmers and learn from their experiences. Both Quora and Reddit are home to thriving communities of Python programmers.

All of us have experienced something new. You will quickly become proficient in Python coding if you put in the time and effort. You can contact Ohio Computer Academy if you have any additional queries. We have the best courses to learn Python.

Is it possible for me to learn Python on my own?

Yes, you can learn Python on your own. You may learn to code using many tools, including tutorials, books, and interactive games. The structure of an online course, defined learning path, and even a built-in community of other learners can all help you learn at your own pace.

Is it difficult to learn Python?

Python is often considered one of the most accessible programming languages for novices. It’s simple to read and comprehend because of its comparative grammar to English. Anyone, no matter how inexperienced they are with programming, can pick up the language and become a proficient programmer in a reasonable amount of time.

How excellent of a mathematician do I have to be to learn Python?

Programming is often misunderstood as requiring a lot of math. Python doesn’t need you to be a math whiz to be successful. Basic math knowledge is helpful. Programming in Python is more about breaking down an issue and using your imagination to develop a solution.

What is better for me to start with: Python 2 or Python 3?

Python 3 is recommended over Python 2 unless you have a good reason to stick with Python 2. Python 2 was deprecated on January 1, 2020, and Python 3 is now the most widely used programming language. In other words, there will be no new features, repairs, or security updates.

How do you respond to “Eid Mubarak”?

What are chia seeds called in Urdu?