Here is a picture of the monster PC Shroud uses, including his monitor, mouse, and keyboard Shroud is a well-known streamer who has a global following.

Without losing any of his top-tier abilities, the former pro became a full-time streamer in 2017. After declaring his retirement in 2018, Shroud began playing battle royale games including PUBG, Apex Legends, Escape from Tarkov, and Call of Duty: Warzone. He took his FPS skills and applied them to the battle royale genre, quickly rising to the top of practically every game he played.

Despite the fact that he was already well-known among CS:GO fans at the time of his peak, he became one of the most popular Twitch streams. In the fourth quarter of 2019, he converted to Mixer with the support of his fans.

Do you wish you could be as gifted as Shroud? Skill and hard work are by far the most important aspects in achieving that level. We’re afraid we won’t be able to help you in this case. But there is one thing you may imitate from him: his setup.

He’s also a great source of inspiration for all young people in the esports industry, and he’s recognised for his in-game settings and mouse sensitivity in general. If you enjoy online or first-person shooting games, these shroud apex settings are worth checking out. It’s likely that this is the other side of the Esports industry’s curtain.

Wireless mice were never a popular choice among gamers only a few years ago. Their response time was faster than wired counterparts, yet there was always the risk of running out of battery power at a critical moment.

If you have a lot of cords sitting about, a wireless mouse can be a good idea. A good mouse should be paired with a good mouse pad. They help your mouse to glide on a smoother surface, decreasing wear and allowing for more precision.

Shroud utilizes the G640 Gaming mouse pad from Logitech. The G640 is just slightly smaller than the XXL mouse pads on the market, measuring 0.12 by 18.11 by 15.75 inches / 3 x 460 x 400 millimetres. A mouse pad of this size allows Shroud to have more gliding area for his mouse, since he favours lower DPI levels. 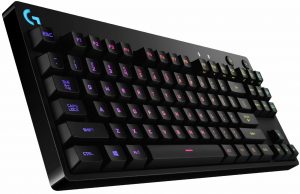 For every serious gamer, mechanical keyboards are a must-have. Their rapid response time aids you in responding promptly and staying on top of things.

Shroud uses a Logitech G Pro X mechanical keyboard. It features a tenkeyless design, which allows Shroud to have more work space. This broader movement area is especially beneficial for maximizing his mouse’s capabilities while also allowing him to use lower sensitivity volumes. The three switches offered to buyers of the keyboard are GX Red Linears, GX Blue Clickies, and GX Brown Tactiles. No matter whatever choice you pick, you can replace the switches at any moment because they’re so easy to remove.

Though we don’t know the switches shroud picked for his keyboard, the GX Red Linears are a strong possibility. The most sensitive switches are GX Red switches, which are noted for their gaming performance and actuation points. 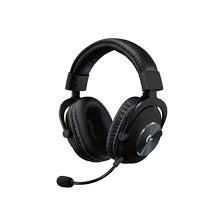 It is critical to have a good headset. Being able to hear well helps you to track down your adversaries and stay one step ahead of them.

The Logitech G Pro X Gaming Headset, which contains a USB sound card for tournament-quality audio, is used by Shroud. Memory foam padding on the headset let it sit comfortably on your ears for extended periods of time. It also incorporates Blue Designs’ technology in its microphone, ensuring crystal clear audio transmission.

On the headset’s software, you may also fine-tune the EQ profiles of professional players from other games to your liking. 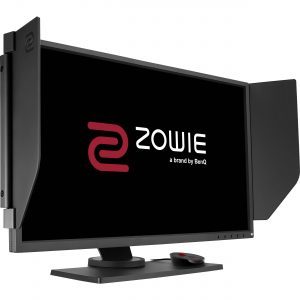 A millisecond may make a tremendous difference in high-stakes sports. Monitors with high refresh rates update your screen more often, allowing you to react quickly in specific situations.

Shroud works on a BenQ Zowie XL2540 Gaming Monitor, which runs at 240 Hz and has a one-millisecond grey-to-grey (G2G) reaction time. With its size and resolution, this monitor allows Shroud to employ his amazing response rates without being limited, while also providing him with a decent field of vision. The XL2540 also has two side shields to protect your screen from any sunlight that may come in from a side window.