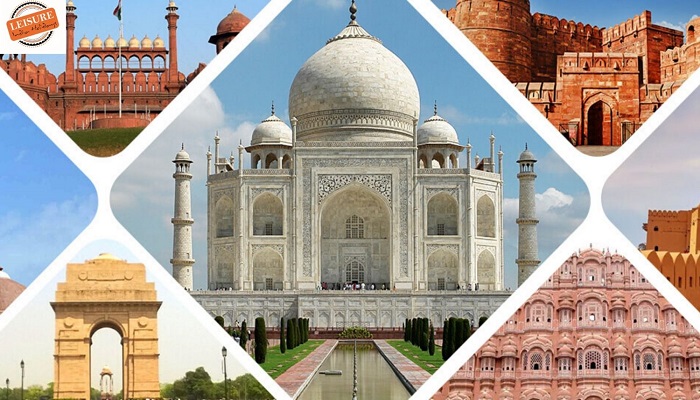 This article will go over the Golden Triangle tour in further detail. It includes how to get from one location to the next and what to see once you are there.

Delhi is one of the golden triangle’s pillars in the country’s north.

Because most people fly to and from Delhi, it’s the best location to begin. Delhi will provide you with a fascinating glimpse into Indian culture and serve as an excellent starting point for your tour. Because getting around Delhi takes time and maybe pretty hectic, we suggest looking out for activities to do in the city ahead of your arrival. You will be inspired, intrigued, fascinated, and amazed at every turn in Delhi. The town is a beautiful blend of the past and the present.

You’ll find a diverse set of experiences here, from the British pillars of Connaught Place to the alleyways of Chandni Chowk and the shops of South Extension. Delhi is also a commercial, eating, and sightseeing delight.

Some of the best places to visit in Delhi but not limited to include:

Then there’s Jaipur. This city is similar to Delhi in certain aspects, yet it is known as the Pink City and has a different architectural style. Also, it is pretty vast and crowded, so we recommend lodging in a central location near the Hawa Mahal to make getting about more straightforward. It would be best to explore some top Jaipur tourist attractions to visit the places.

Wonderfully planned out parks and gardens, gorgeous monuments, and fantastic heritage hotels, formerly the abode of Maharajas, are all worth admiring in Jaipur, India’s first planned city. Additionally, your pink city visit will be unforgettable by the strolling camels and joyful individuals dressed in multi-colored costumes.

You can explore below Tourist attractions in Jaipur:

It rose to prominence as the Mughal rulers’ capital from 1526 to 1658. Thanks to its many magnificent Mughal-era structures, it remains a significant tourist attraction in India’s Golden Triangle, including the Taj Mahal, Agra Fort, and Fatehpur Sikri. Also, all these buildings are UNESCO World Heritage Sites. The Taj Mahal is located in this city and is essential for anybody visiting India. Moreover, every tourist who visits Agra never misses the Taj Mahal Tour. However, it does get crowded, so arrive early.

If you wish to see the different aspects of the Taj, visit the Taj Mahal on the full moon.

Some places to visit in Agra:

How to Cover the Distance Between the Cities?

Once you reach Delhi, traveling to these cities in the Golden Triangle India becomes easier. You can reach Delhi via train or flight or from roadways, depending on where you are heading to Delhi.

Trains, buses, and taxis are options for getting between these cities. These are reasonably priced, with trains and buses being the most affordable.

You can book luxury hotels and resorts in India from various websites when planning for a golden triangle tour. As per your stay in multiple cities, you can book a hotel room for accommodation.

When is the Best Time for Golden Triangle India Tour?

The optimum time to explore the Golden Triangle is from October to mid-April when temperatures range from 22 to 32 degrees Celsius. Because of a Himalayan impact, Delhi can have freezing periods in January and February, while May and June can see temperatures as high as 45°C. Even if they come in brief spurts, Monsoon rains can cause flooding from July through September.

Festivals abound in October and November, with Diwali a particular highlight and in March when Holi offers the world’s most extraordinary color throwing celebration. So you can plan your Golden Triangle India during this period.

How to Plan Your Golden Triangle India Trip?

It is best to plan your vacations in India with a reliable and experienced golden triangle tour operator.

For several years, LIH Travels has been a highly recommended golden triangle trip company. The Golden triangle tour packages are designed to show India in a magnificent setting. Moreover, annually, 1000+ guests from nations like Australia, the United States, the United Kingdom, and the United Arab Emirates benefit from the custom-made and supplied sumptuous packages by LIH Travel.

LIH provides travel assistance to our globetrotting companions from across the world. Additionally, they plan the best golden triangle trips with the utmost security, thoughtfulness, and empathy. So if you are planning for a golden triangle tour in India, LIH can offer the best and most affordable Golden triangle tour packages for couples, friends, and families.

The golden triangle tour itinerary has everything a traveler might want. Take advantage of this once-in-a-lifetime opportunity and schedule a Luxury Golden triangle tour package to immerse yourself in India’s rich past. LIH Travel will make your vacation simple, pleasurable, and thrilling.

Find The Beachfront resort Rocky Point For Your Next Vacation